It all started with a friendly OPC lending me a cayenne for a week whilst the macan was getting a noisy a/c fixed under warranty..

I’ve had my Macan Turbo PP for 2 years and smth like 8k miles. Including a big trip to Italy last year, some decent cross country road and the usual urban churn. I got to quite like the car and was struggling to find anything I would replace it with.. I thought about going electric but as a private buyer the costs are just not there for a tech which is getting obsolete very fast. I needed something a bit more spacious as another little one is on the way and that’s one area where the macan is not class leading.

But the Cayenne S on loan unfortunately really did make me fall for it in a way I had not anticipated. It’s big but still manoeuvrable. I think the boxy shape helps compared to the macan wide hips. And the interior is a step above. The one I had was in resale spec with 22’ which destroy the ride even on air suspension. You just feel these resonated jolts when you hit an imperfection which seem to suggest the wheel is just too big and heavy.

I also did not fall for the engine. Bit too clinical for me and the sound is not a patch on mine. Also the gearbox is definitely more hesitant and not as fast and smooth as the PDK in the macan. That makes a big difference I found.

So yes a drivers car the macan is definitely a notch above, it’s engaging and reactive in a way it should not be.

So when I started to browse the classifieds I was blown away by the lack of equipment people spec their cayenne with. And adding a few must have to the list quickly narrowed down the list to the Turbo, with its mighty engine. A car with the right spec was found for the “right” price, deal agreed. Flight booked.

The long journey back meant appreciating the superb cruising ability of the car. It’s a monster for long distance travel. Massive fuel tank and decent efficiency means decent cruising range. The adaptive cruise is a massive step up from the macan one and I found it superb when dealing with intense half term traffic.

Engine is absolutely bonkers. Is it borderline completely superfluous ? Absolutely. But it has an urgency and waft that the S I had on loan simply did not have. It feels decently agile too, although the macan being both lower, and with the pdk, will always feel more at ease on B roads. Although with a family I found myself never really using the macan to its full (or even half) potential on B roads, but sometimes missing a more special engine.

The Macan has a nice enough engine don’t get me wrong. And sounds night and day better than the S I had on loan. But as with most turbo engine, you were missing that last bit of fizz at the top end.. the V8 erases that with a monster power that simply makes you laugh out loud if you just attempt to floor it.

So all in, cayenne turbo for the refinement, tech and engine. Macan for the chassis and gearbox. If you are considering both they just answers to different needs, if space is not a concern I would say macan would be my preferred choice against a vanilla Cayenne. And also I would prefer a well equipped used macan over the pletora of newly ordered ones in overtly spec. But that’s just me.

Finally the absolutely crazy values for the macan meant I could swap with relatively little financial pain for a car one year newer, with 5k less miles and 2 years OPC warranty. Strange setup we have currently have in the U.K. 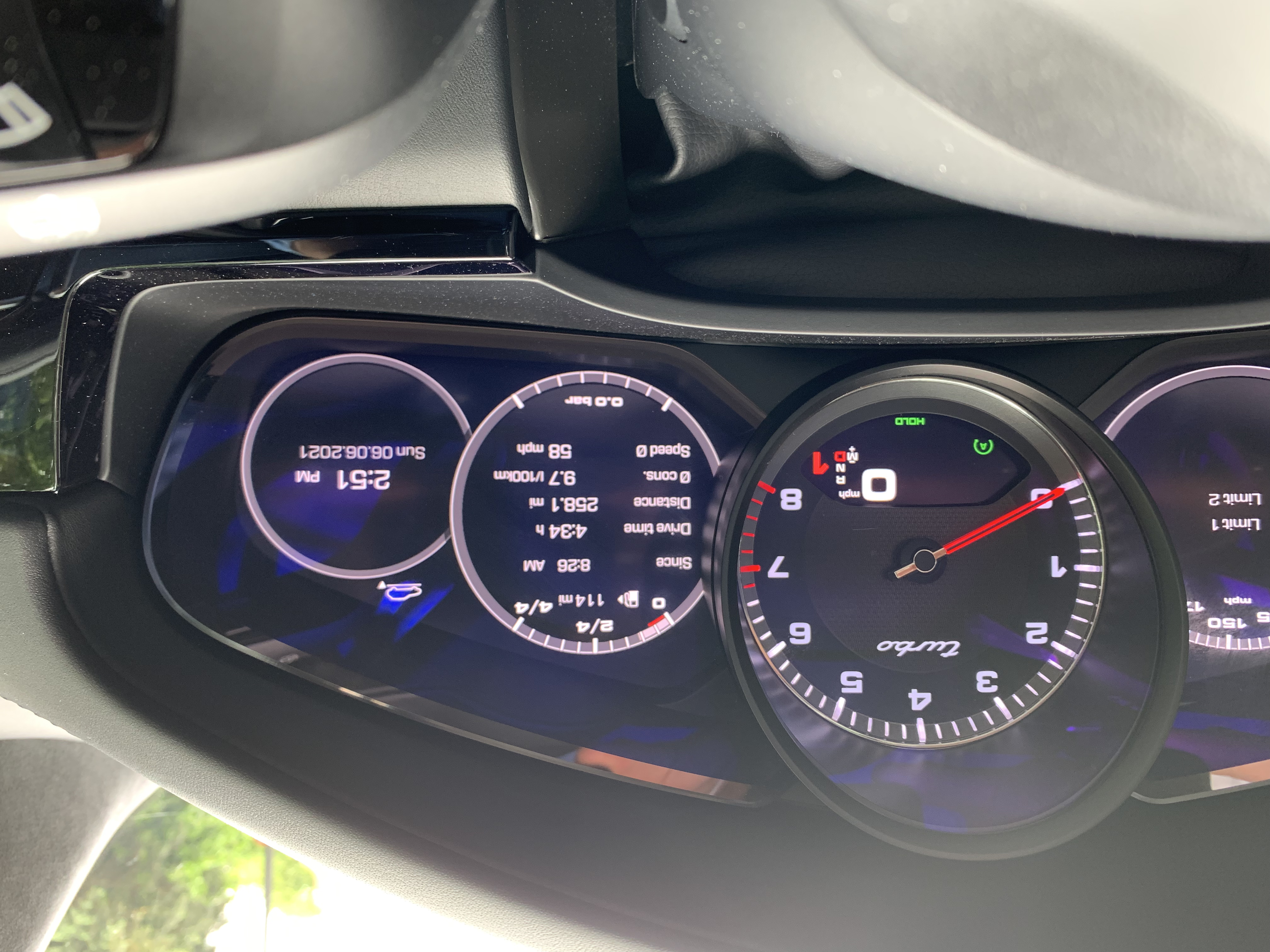